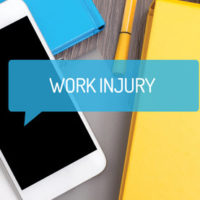 So, what is a third-party claim? And how do you know which one to file?

Pennsylvania law states that workers’ compensation is no-fault insurance. This means that if any worker is hurt on the job during the scope of their employment, they can claim workers’ compensation. It doesn’t matter if a co-worker or their boss caused the injury, or if the worker contributed to their own injury.

For example, two workers are driving in a delivery truck ready to drop off their last delivery of the day. Along the way, the driver runs a red light and gets into an accident, seriously injuring the passenger. The driver was negligent, but both work for the same employer and were performing work duties. This would be a workers’ compensation claim. The injured passenger cannot file a personal injury claim against the driver.

Third-party liability claims are personal injury claims. As such, it’s important anyone filing one knows that these claims, unlike workers’ compensation, are based on fault and negligence. The injured worker will have to prove that someone else acted negligently, and that negligence caused the accident that resulted in injury.

Filing Both a Workers’ Compensation Claim and Third-Party Liability Claim

In many instances, injured employees do not have to choose between filing a workers’ comp claim or a third-party liability claim when someone other than their employer has caused their accident. Often, they can do both to provide the benefits they will need for a full recovery.

Workers’ compensation only covers certain expenses. Most often these include medical expenses and lost wages. However, a third-party liability lawsuit can claim other expenses related to the accident, such as pain and suffering or property damage.

Don’t Know Which to File? Contact a Workers’ Compensation Lawyer in Scranton that Does

The world of workers’ compensation is a confusing one. It is often difficult for employees to know whether they should file a workers’ compensation claim, a third-party liability claim, or both. A Scranton workers’ compensation lawyer can help any injured employee figure it out. If you have been injured on the job, contact Haggerty Hinton & Cosgrove, LLP at (570) 344-9844 or fill out our online form. We look at every workers’ compensation case from all angles in order to get injured workers the full amount of compensation and accident benefits they are entitled to. Don’t wait another minute if you’re hurt. Call us today so we can begin reviewing your case.