Who Can Serve as an Executor in Pennsylvania? 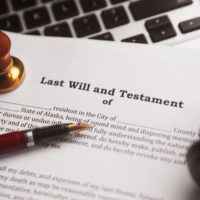 An executor, or personal representative, named in a will has a very important job. They must manage a deceased’s estate, including any debts and taxes that need to be paid, and then distribute what is left to the beneficiaries also named in the will. All states have certain rules pertaining to who can be named an executor, and Pennsylvania is no different.

When creating a will, it is very important to contact a Pennsylvania estate lawyer. They will be able to advise on who can be named the executor, and ensure the paperwork is filled out and filed correctly. When it is not, your estate may be left in the hands of the court. This means the wishes of the deceased, such as who will receive an inheritance, or who will care for their children, will not be taken into consideration.

Basic Requirements of an Executor

According to 20 Pa. Cons. Stat. Ann. Section 3156, there are only two requirements for a person to be named executor in a will. These are that the person must be 18 years old or older, and that they must be of sound mind. In other words, they have not been judged as being incapacitated by a court.

Many states do not allow someone to be named an executor if they have been convicted of a felony. This is not the case though, in Pennsylvania. However, if a person has been charged with the death of the deceased, they cannot act as executor of the will. If the charges are withdrawn, dismissed, or the potential executor was found not guilty at trial, they may still act as executor of a will.

Other Considerations when Naming an Executor

Corporations, such as banks, can be named as an executor in a will, but they must be authorized to act as a fiduciary. A fiduciary is a person, business, or other entity that is in a legal or ethical relationship of trust with one or more people. The basis of all fiduciary relationships is trust and so, the fiduciary must always work in the interest of the party they are representing. In the case of a will, that would be the interest of the deceased.

When an estate is very large and the dealings with it will be very complex after a death, this may also be a case for a bank to act as executor of a will.

Unlike other states, Pennsylvania also allows for individuals that live out of state to be named as an executor. According to 20 Pa. Cons. Stat. Ann. Section 3157, this will only be prohibited if the courts send a letter of refusal to the out-of-state resident. This is unlikely to happen unless the court has very good reason to do so.

The process of creating a will and naming an executor can be in-depth and complicated. It is important that anyone wishing to create a will speak to an estate lawyer in Pennsylvania that can help. An attorney will be able to advise on all aspects of a will, including who can be named as an executor in Pennsylvania. Everyone should have a will. Contact us at the office of Haggerty Hinton & Cosgrove LLP today so we can help you start creating your will.